The month of September always seems to be a great time to reset for me. I actually just finished the September Whole 30 and it got me to thinking about how much my relationship with food has changed over the past few years, which in turn led me to write this post. Whole 30 is essentially squeaky clean Paleo, you can learn more about it here. I try to eat Paleo as much as I can, about 80-90% of the time. To me it is not a diet, but a lifestyle. I still enjoy chocolate, special dinners and my favorite foods.

I have always been a tall / big girl. I am 5’10” and have been this height since I was 15. I have gone on every diet known to man. If you name it I have probably done it. I remember going on my first diet at the age of 9. I don’t know at the time I considered it a diet but I know I had decided I needed to cut back on sweets and my food intake. This set the stage for years of yo-yo dieting and personal torment I inflicted on myself.

It was 1990, I turned 9 that year and the life as I had known it up to that point began to change on so many fronts. I started off 3rd grade in a new school and shortly after the school year started, a precious sweet lady who was like a grandmother to me, Pauline Everson, passed away a few days before my birthday. It was a tough year. Kids were merciless in how much they made fun of me and my size.  It was the beginning of realizing not everyone accepted me for who I had always been, and I sought to be accepted.

I might also mention I grew up on the Texas-Mexico border, with some of the best Tex-Mex food you will ever find. I loved fajitas, rice, beans, and flour tortillas and they loved me.  Living in an area with a predominately Hispanic population and me being a tall white girl,  I naturally stood out. By 5th grade I had surpassed most of my teachers in height.

And just to note I loved my growing up years, I had (still have) the best parents, have fond memories and wonderful life long friends. I would not change anything about it. It has made me who I am today. However,  I did see at a young age the way you look often determines how well you are or aren’t treated and just how cruel and harsh people can be when you don’t fit into the box they have created of what they think you should be.

By high school I transitioned from “dieting” to what could be classified as eating disorders. I kept weight off in a completely unhealthy way. Binge eating, then making my self throw up. I created all of these rules in my head of “good” and “bad” foods, when to eat, when not to eat. If I ever broke any of the rules I had created I felt miserable and like a horrible person.  I would constantly over-exercise, take laxatives, water pills, whatever it took to remain thin. I am not proud of those years. By the end of senior year I knew how unhealthy my behavior was, but I had no idea how to stop it. I eventually quit the binge purge cycle and I put on about 10 pounds spring semester of Senior year of high school. I did not however quit the yo-yo dieting cycle or self hate. From that point forward for the next 10 – 12 years, I lost and gained the same 10 to 30 pounds.

I had low self-esteem and incredibly low self-worth. Because of my twisted mindset I attracted guys who treated me the way I saw myself. My daughter was born out-of-wedlock in 2003 when I was 21.  It was the best thing that could have ever happened to me. I put all of my energy into providing a good life for my daughter. I started nursing school when she was 3 months old, becoming a LVN, then RN and finishing my BSN when she was 3. 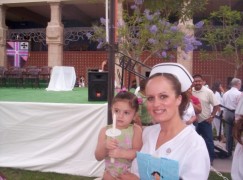 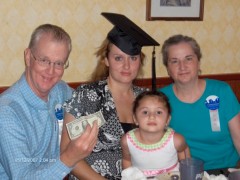 By 2008  / 2009 I found myself deeply involved in a toxic relationship where the guy treated me like an object. Despite how miserable, alone and depressed I was, I thought I somehow deserved this life. The relationship became dangerous and I found myself needing to get out of it ASAP. 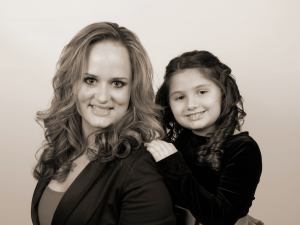 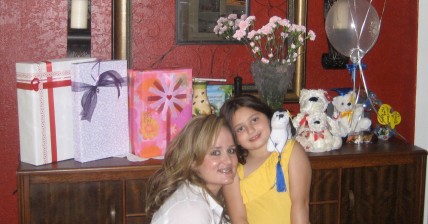 I had an Aunt living in DFW and she is the one who persuaded me DFW was where I needed to be. In May of 2009, doors began to literally fly open for me to move to Dallas. So in July of 2009 at the age of 27 as a single mom with a 5-year-old, I moved to Dallas to start a new chapter in my life. It was a HUGE change for me. I began to try to get my life back in order.  I started attending church again. It took several years, but as God began to heal me from the inside out, the way I viewed myself began to change. I began to realize I don’t have to try to become this “perfect girl” for anyone to accept me, I just needed to be me.

During the time God was doing a slow healing work in me, my daughter was growing older. She was starting to pick up on the way I talked to myself. One day I heard her say, “I need to go on a diet! I’m so fat!” My heart froze. Was this my daughter talking this way? I never would wish my crazy dieting life on anyone, let alone my precious girl. From that point forward I decided I was no longer going to diet or throw my money away on useless weight loss gimmicks. I was tired. Tired of spending all of my time “dieting” yet getting no where. I realized my relationship with food and yo-yo dieting was as much an addiction as drugs are to a junkie. It was my coping mechanism and a way of escape into a fake world I sought desperately to gain control of.  I always thought if I was perfect enough, everyone would suddenly love me and accept me and I would have no more problems. It was an illusion and I was caught up in the middle of it.

I quit chasing after quick fixes, fake food and superficial love. I changed the way I saw life and in turn it changed me. The problem was with me, not everyone else. Through research, I discovered the paleo way of eating. I’m not trying to do an infomercial for paleo, but eating paleo is what makes me feel the best version of me. My gut issues disappear, I have better skin, I don’t have a sluggish feeling all of the time, my mood improves, my clothes fit better, and I am no longer obsessed with the number on the scale. I am no longer enslaved to calorie counting or buying weird diet foods.

I probably treated paleo like a fad diet the first few times I attempted it before it became more of a lifestyle for me.  It has been a process over the past few years and I can’t say there was one magical moment where it all clicked. I just know the more I eat real whole food, the better I feel and the less I crave fake overly processed junk/diet food and artificial diet drinks. Coke zero was the hardest thing for me to let go of. Now if I get a sip of it, I want to gag.

Just as 3rd grade was a launching point for me and my years of  yo-yo dieting, allowing myself to let go of my past identities and ideals of perfection, and changing my relationship with food, has been a base for me to build on in my life long journey to be the best version of me.

I am not here to tell anyone what to eat or how to eat. But I do know the day I quit dieting was the day it all began. It is a life long journey, and each person has their own journey. There is no surgery, pill, or product which can make you become the best version of you or which will make people accept you more. You hold the answer. It is not an over night fix, but takes consistency, hard work,  and dedication. It’s not to say I still don’t have days where I find myself looking for a quick fix. It is in those moments I have to remind myself of just who I am and how many things I have gone through and over come and I have a daughter watching my every move. I no longer exercise out of guilt, I exercise because I want to be happy and healthy for the rest of my life.

I have finally accepted me for me and I am happy. I am the healthiest I have ever been mentally, physically, spiritually and emotionally.  The relationships I now hold are a reflection of internal healing. I have a husband who treats me like a queen and doesn’t expect me to be anyone but me. My daughter is learning about good nutrition, and how food can be a healer or a disease harbour. 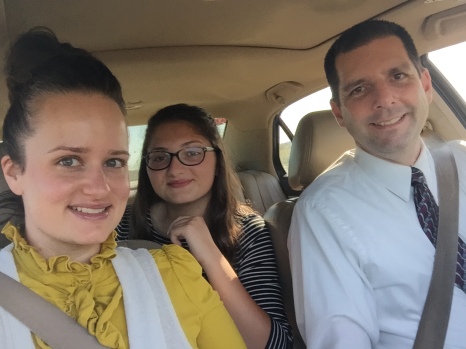 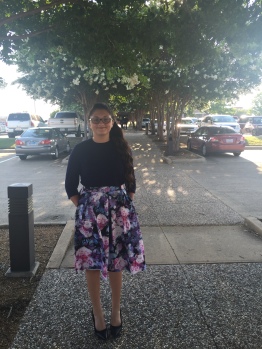 Every day is an opportunity to improve on who I was yesterday. I have fallen many times but I have also gotten up many times. I am not perfect but seek progress, not perfection. As Paul said in Philippians chapter 4 verse 13 “Pressing toward the mark…”

4 thoughts on “The day I decided to quit dieting”